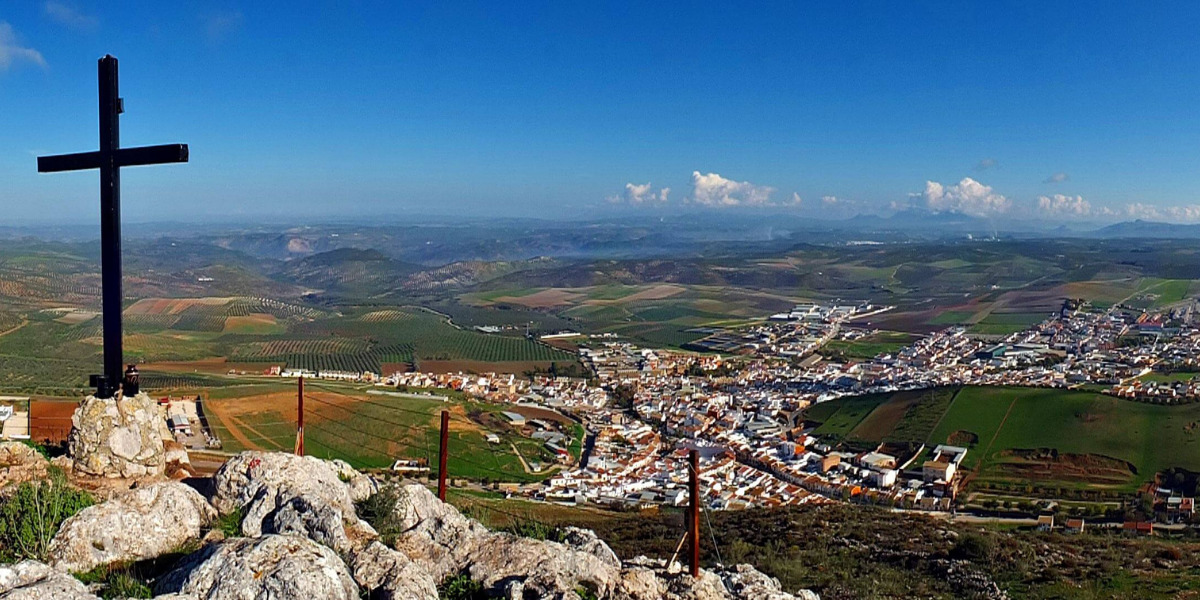 Alameda is a village located in the province of Malaga, in the south of Spain. With a population of over 5,000 inhabitants, it is located in the Vega de Antequera region, 73km from Malaga.

A visit to this municipality is a must, especially if you want to take a route through the white villages of inland Malaga. Whilst some of the surrounding villages will have the mountainous nature of the Serrania de Ronda, Alameda will provide a golden valley bathed in sunshine, offering a stunning film-like backdrop.

Follow this guide to Alameda and don’t miss anything on your visit!

There is evidence of archaeological remains from the Chalcolithic period in the area. In addition, the history of Alameda is linked to the Roman period, of which remains of settlements have been found in the area.

The village of Alameda has no definite date of foundation, although it is thought that it may date back to the Arab period. However, it was in the 16th century that Alameda became the property of the Marquises of Estepa. The village was soon rebuilt and, in the 18th century, became an important stop on the road between Málaga and Cádiz.

The name of the village derives from this re-foundation and is given by the stream of Los Alamos that runs nearby. Later, during the 19th century, it became known as a haunt of the notorious “bandoleros” of the Andalusian hinterland, José María “El Tempranillo”.

Located next to some remains from the Chalcolithic period, this site is very well preserved and corresponds to a Roman baths, which were used for bathing and as a social space. Nowadays, a Thematic Centre has been built around the site, allowing visitors to visit them easily.

Located in caves excavated in the rock, a multitude of archaeological remains have been found dating from approximately 2,500 years before Christ.

Located in the heart of the village, its construction began around the 18th century and its interior houses the tomb of the well-known bandit “El Tempranillo”.

The most important event in the municipality of Alameda is the August Fair, which brings together the inhabitants of all the nearby villages with music and festivities in the main square of the village. A visit to the village is a must during the Noche de la Candelaria, in February, when large fires are set up around which to gather to sample the most typical gastronomy of the region.

Want to know what these dishes are? We’ll tell you all about them in detail to make your mouth water. The most outstanding and traditional dishes in the area are: rice with rabbit, which is similar to the way paella is made in Malaga, but with broth; migas, a very energetic mountain dish made with bread and typical Spanish sausages; and porra or salmorejo, which follows the same preparation as gazpacho, but with bread, which turns it into a thick cold summer soup that is both refreshing and satisfying.

How to get to Alameda from Malaga

Being a village located in the interior of the province of Malaga, the options to get there are more limited, being reduced to two options.

How to get to Alameda by bus

From Malaga city there is a direct bus connection, which leaves from Malaga bus station, located next to Malaga train station. The journey takes approximately 45 minutes and there are usually more than 10 buses leaving between 13:00 and 19:00h with the company Alsa. The cost is usually around 10 euros depending on the time of year.

How to get to Alameda by car

If you prefer to have more flexibility in transport to this village, the best option is to hire a car at Malaga airport, which will allow you to organise your own travel routes and move freely between the different nearby villages.

This map prepared by CarGest shows all the important points to take into account during your visit to Alameda, so that you can enjoy your trip without any hassle.